At this point in the journey, we're all getting tired... Tired of hotels, tired of eating out, just plain tired.

After arriving from our long, cold, and challenging flight to Whitehorse, we paid special attention to the global icing model. In particular, I trusted it more than I had in the past. In this case, the model had forecast greater icing risk in the afternoon. I suspected that the weather was going to be substantially similar to what it had been the day before. That is, icing caused by towering cumulonimbus clouds. These would bloom later in the day as the sun caused convection by heating the ground. This would provide the "push" that these clouds need to begin forming. 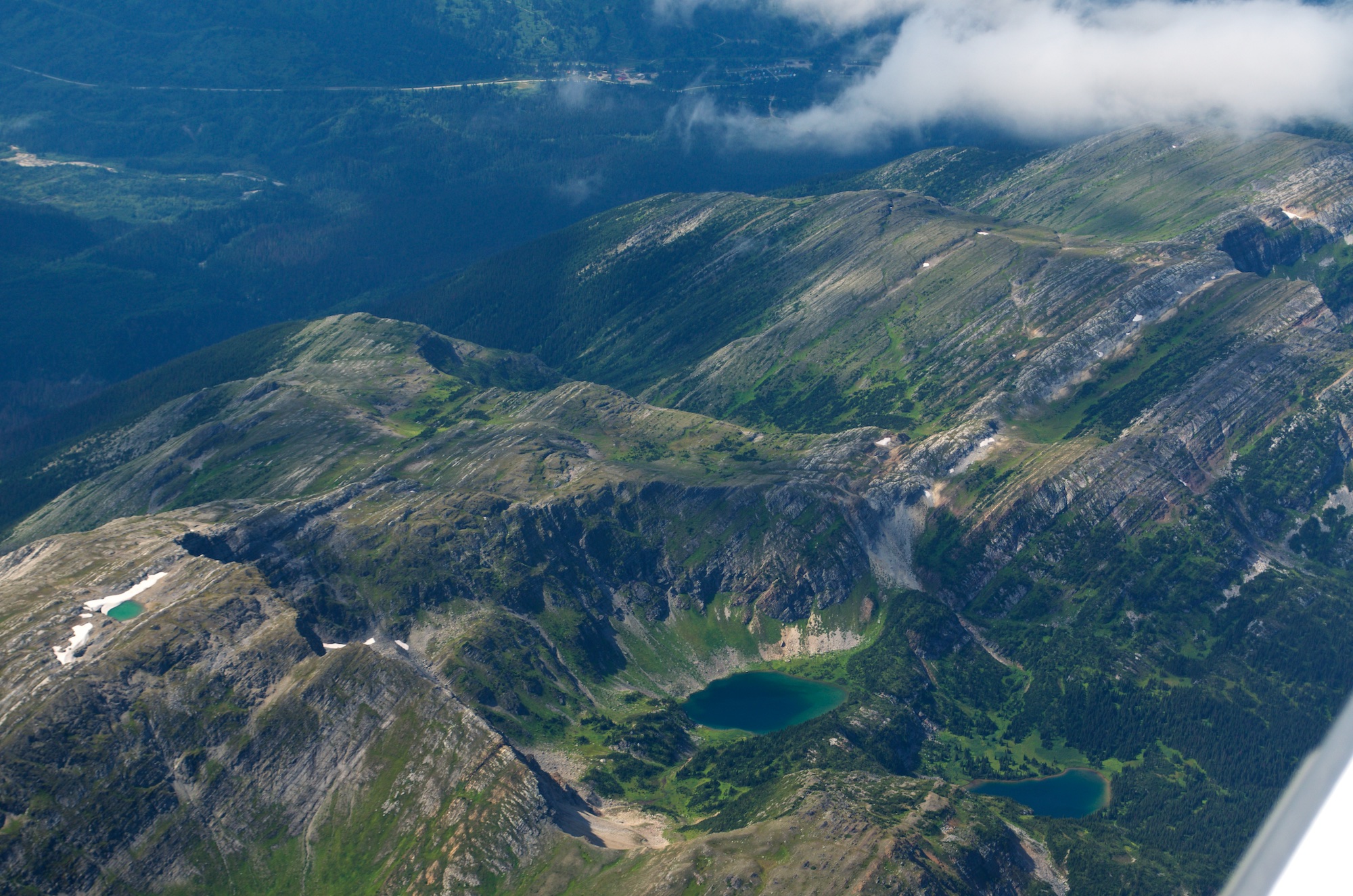 Originally, we had planned to visit the Yukon Wildlife Preserve in the morning before departing, but due to the afternoon weather, and that the hotel in Prince George had a water park, we decided to get flying first thing in the morning. We ate breakfast, and arranged for a taxi to the airport at 9:15. At the airport, I looked for someone to sell me TKS (anti-icing fluid), but no one was able to. From our flight the prior day, I wasn't sure how much we had left, and with the risk of ice that day, it would have been nice to take off with a full tank. Alas, it wasn't in the cards. 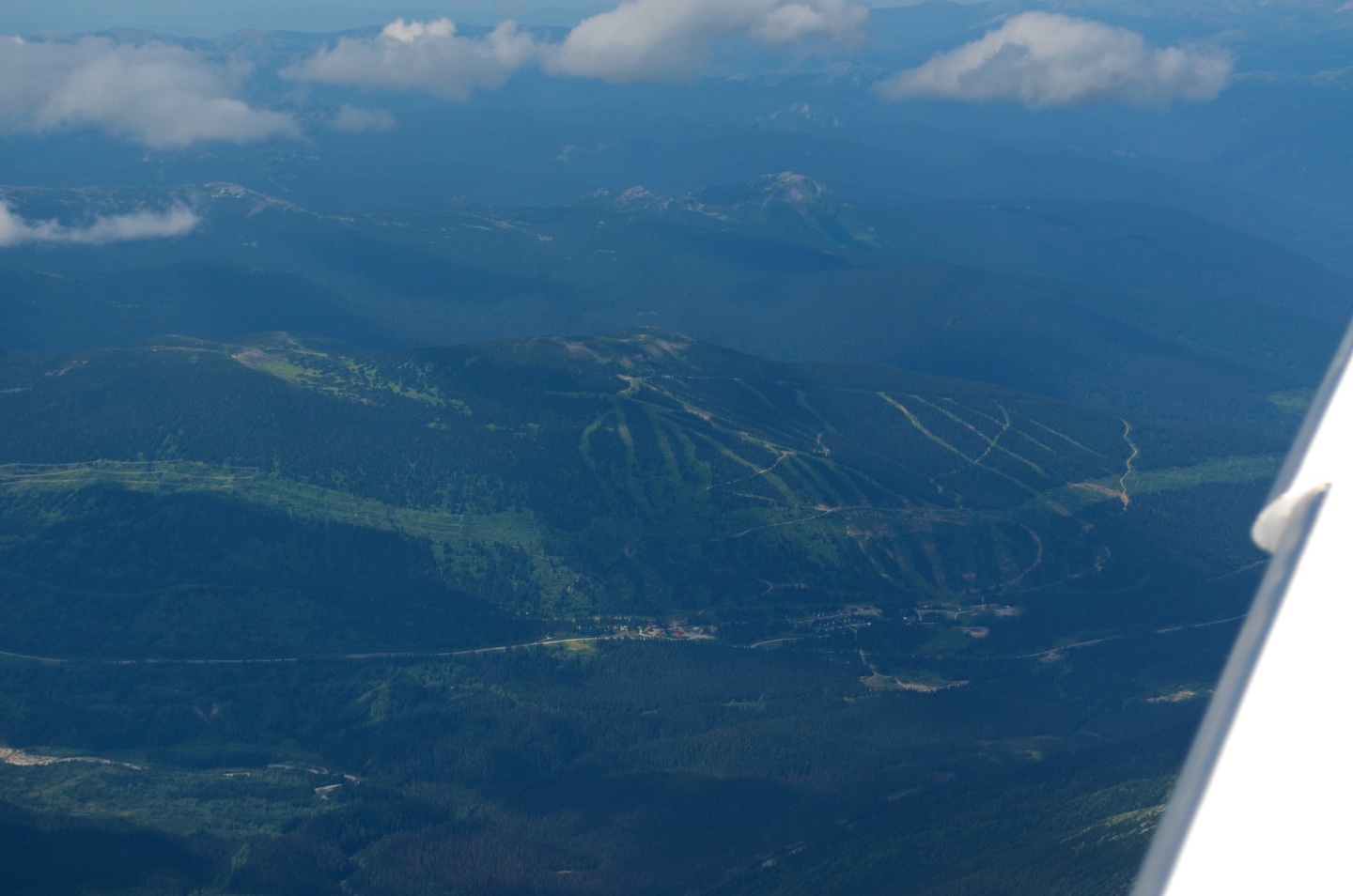 Our flight plan for the day was pretty simple. We took V328 to YXJ (Fort St. John), then V308 to Prince George. The route was a little circuitous, but it was the safest given weather, terrain, and oxygen availability. Ultimately, though, Vancouver Center gave us a shortcut that helped out quite a bit. 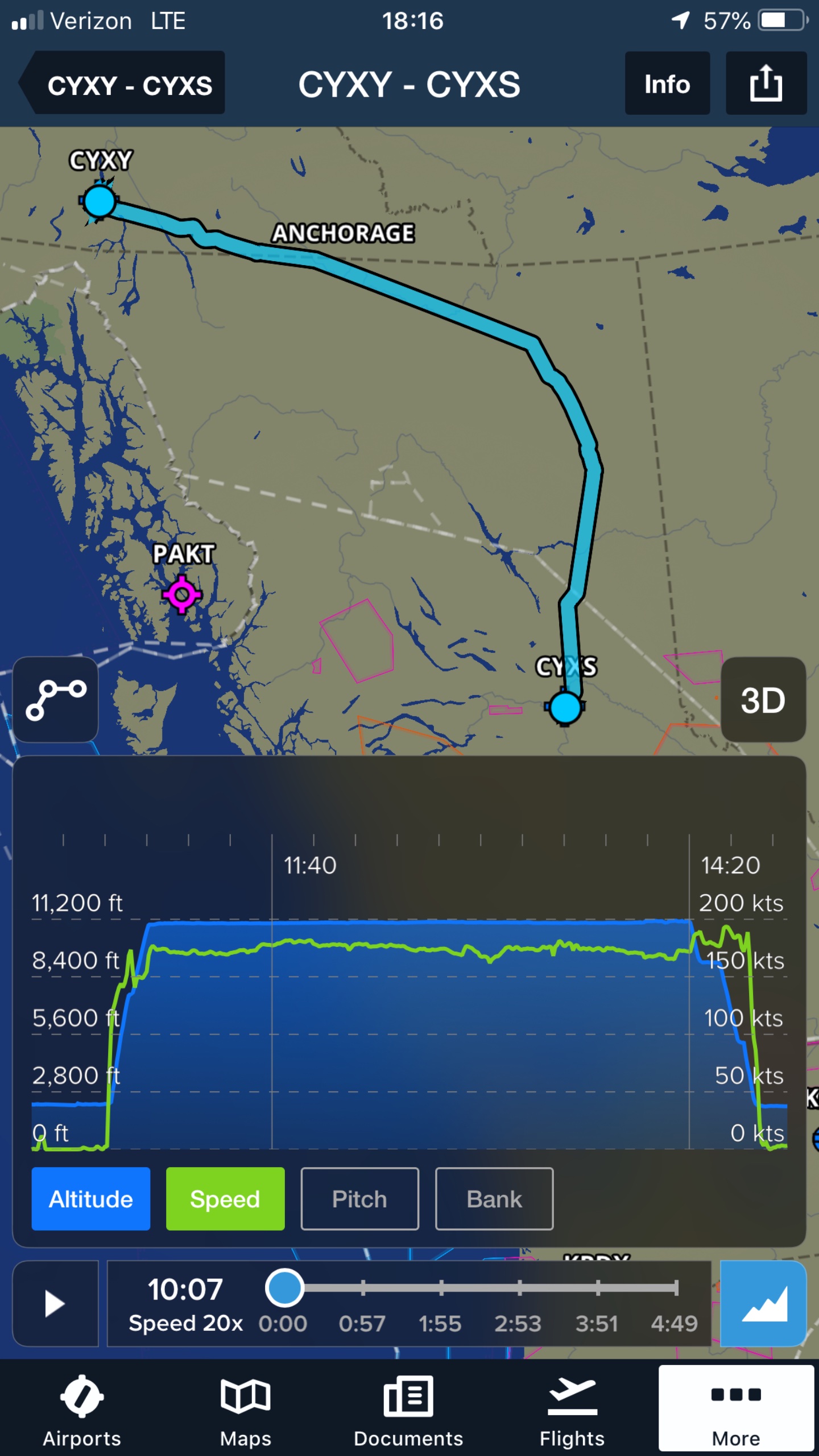 While there was forecast icing risk, we never ended up getting any. This is likely because we were much more aggressive about asking for, and deviating around cells. It was cloudy and a little rainy upon arriving at Prince George, and this was actually the only rain we had the entire trip! 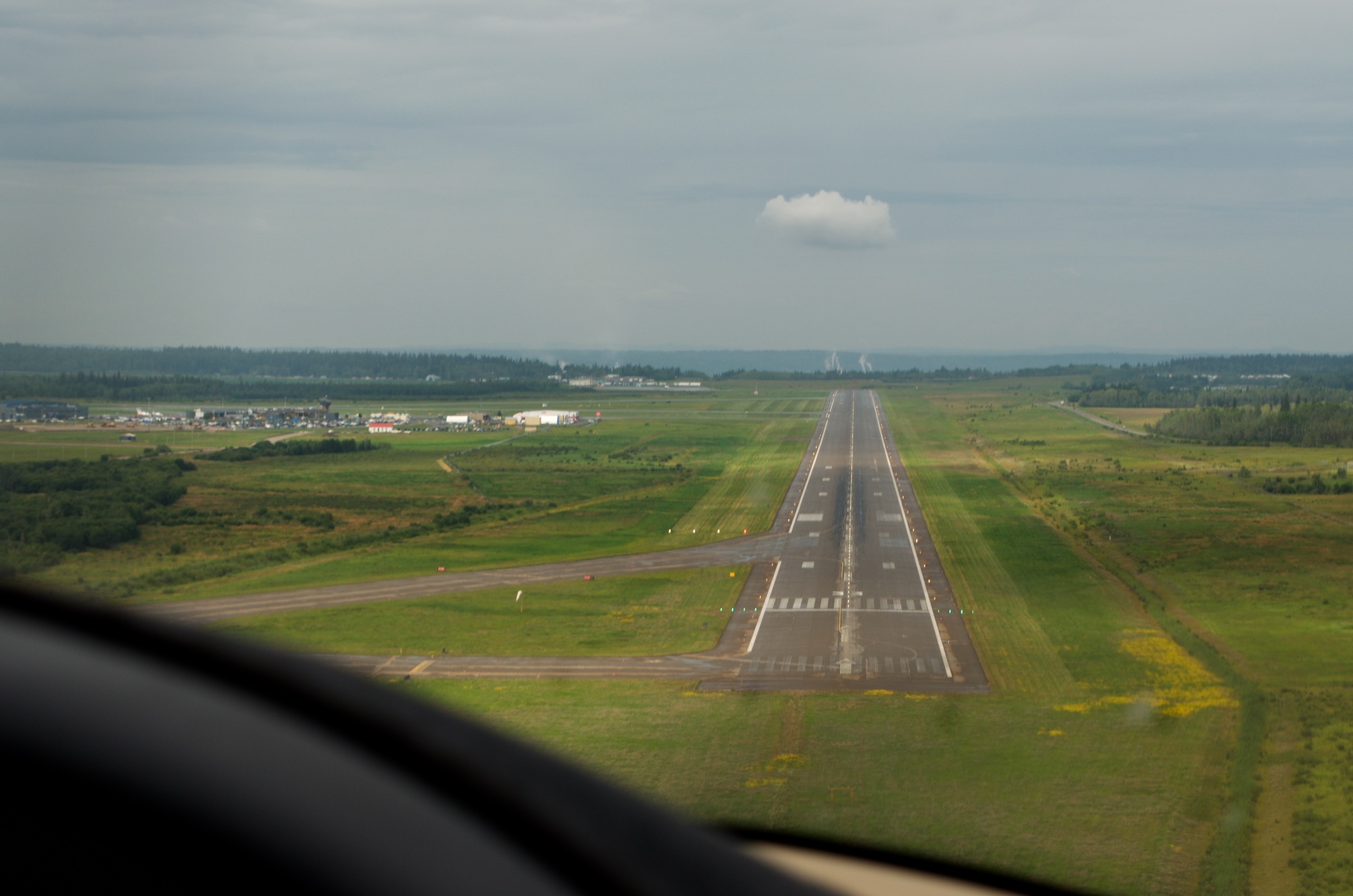 When we got to the hotel, we ate right away and immediately jumped in the pool! The water park was a huge hit, and it was nice to have some time to relax and just play around.

While we were on the ground at Price George, both the night we landed and in the morning, I called every phone number I could find and asked about TKS fluid. Again, there was none available.

The forecast again had icing risk... (Notice a theme?) This time, the ice seemed to be predominately over the cascade range in Southern British Columbia. Originally, we had planned on flying to Seattle, and clearing customs at Boeing Field. I wasn't comfortable with that route any more, and decided it would be much better to remain on the East side of the cascades and clear customs at Moses Lake. I even worked pretty hard during my selection of airways to remain as low as possible. This seems to seldom work for me, and before we knew it we were flying at 11,000'. 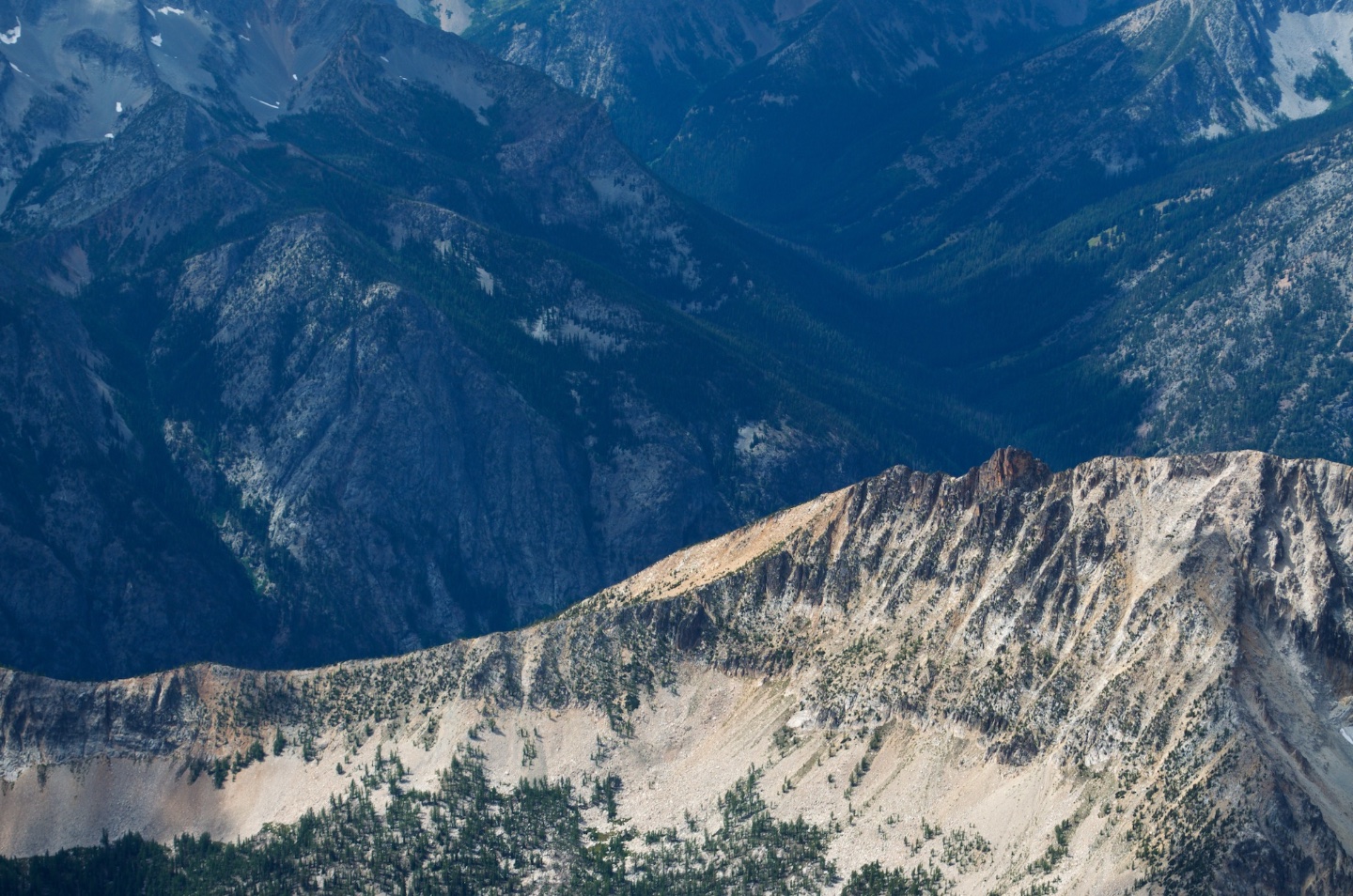 It was apparent that we were returning to civilization, because I could almost maintain contact with ATC the entire trip, and we were on radar! The exception that really stood out, though, was when we crossed into the US. Vancouver Center handed us off right before the border, and I couldn't get Seattle Center at all. I kept trying to get them, and even with the squelch open, I got nothing. Eventually I got so frustrated that I finally pressed the ident button. Surprisingly, they called me immediately after, and they couldn't hear me respond. So, they asked an airliner to relay for me. Through the airliner, they asked me if I could climb to 13,000. I said "fine, but you've got a half-hour". For the uninitiated, law prohibits a pilot from flying between 12,500' to 14,000' without supplimental oxygen for more than a half-hour. Katie, keenly aware of this, started a timer the moment we crossed 12,500'. Once at 13,000' we were able to talk to Seattle Center, and coordinate our arrival into Moses Lake. 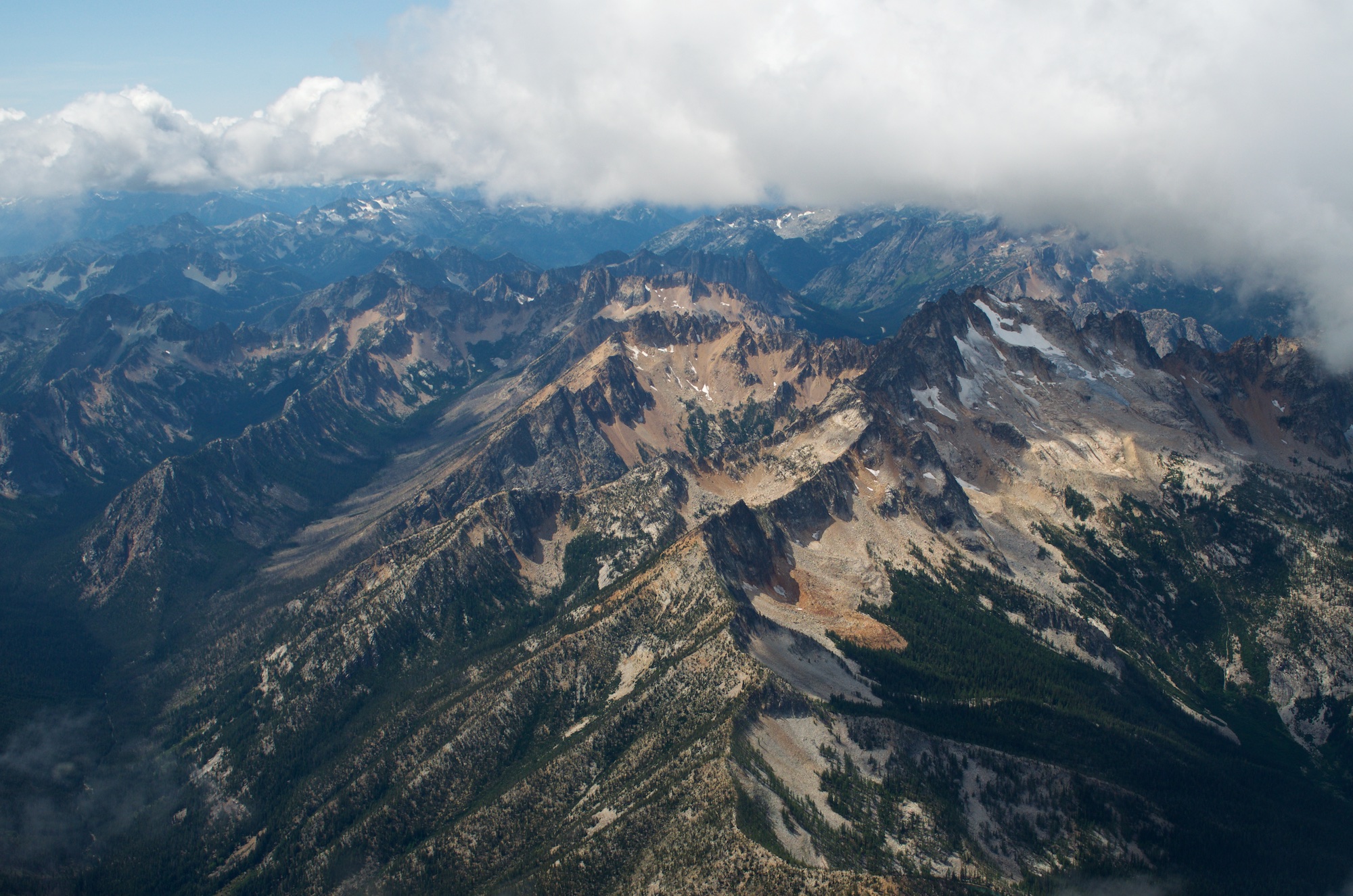 One thing interesting about our approach into Moses Lake is that we were racing a Boeing 737 (with a Boeing callsign, so not an airliner) to the airport. The 737 wanted to do a practice approach (low approach only), and was trying to convince Moses Lake tower to relax about it because there wouldn't be a runway conflict. The tower's rules about cross-direction traffic were strict, though, and I had to be off the runway before the 737 was on short final. One thing I love about the Cirrus is that you can keep the power on in the descent and pretty easily maintain 170KIAS. This is within the low-speed range of the 737, and so tower could basically tell us both to maintain 170. Other than this, our approach and landing at Moses Lake was routine. 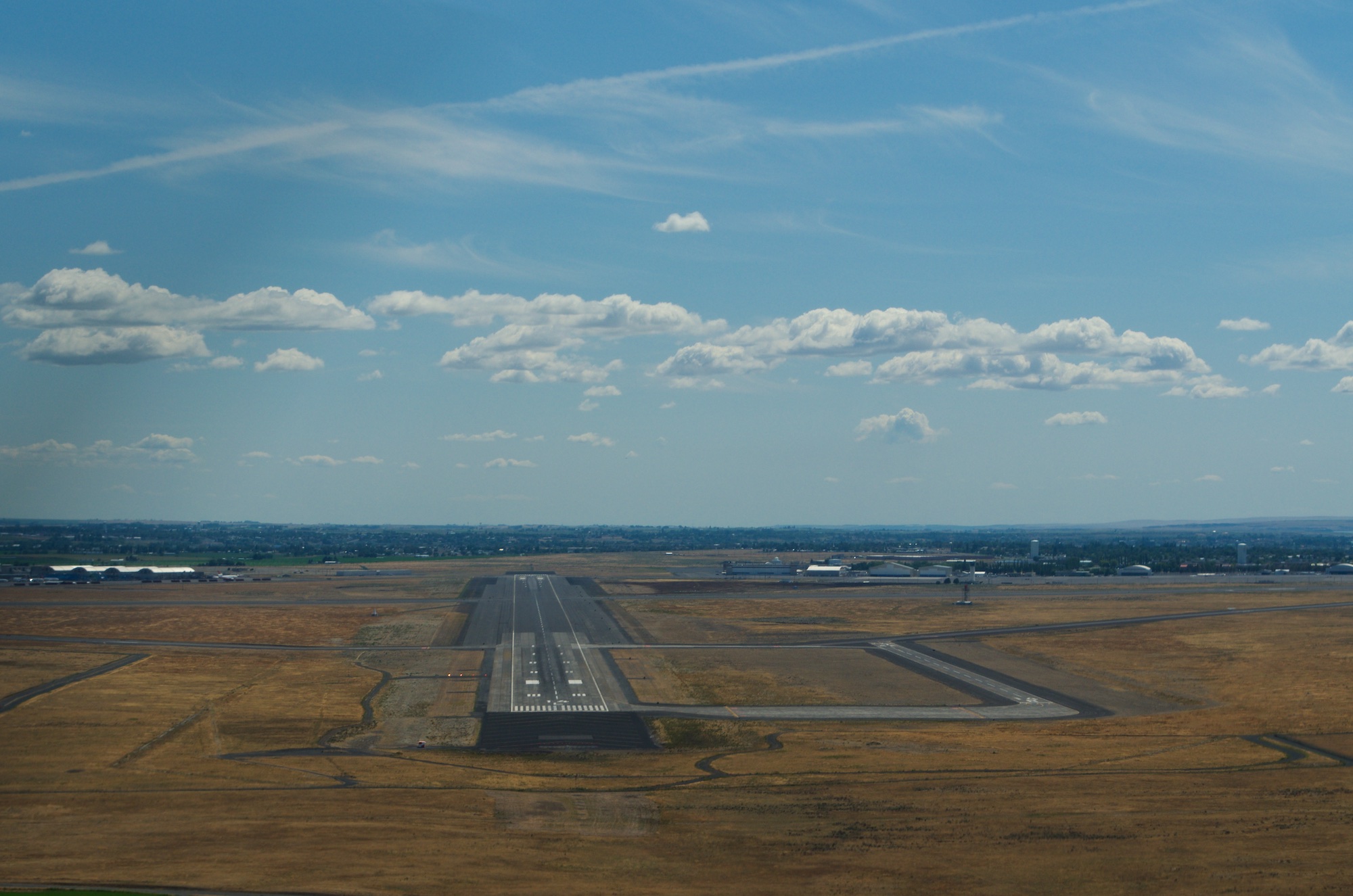 I got a progressive taxi to the Customs parking box, and was greeted by a line service tech from Columbia Pacific Aviation. After briefly chatting with the CBP Officer, he got us all fueled up and the windows cleaned. The service from them was awesome.

Our customs experience at Moses Lake almost couldn't be more different than that of Ketchikan. First of all, I have to get a major mea culpa out of the way... I did not file my eAPIS before taking off! 😲 Fifteen minutes after taking off from Prince George, I literally slapped my forehead and said "Shit, I forgot to file the eAPIS!" Luckily, I still had cellular service at the time and was able to file it really quickly. I was able to get the confirmation email just before losing service. What I didn't notice, of course, was that there was a phone number I was supposed to call prior to landing. This is because there's only one CBP agent at Moses Lake, and if he had a Doctor's appointment I'd be out of luck. He ribbed me about this a little, but let it go. Once in his office, and going through the paperwork (Passports, Aircraft registration, Pilot's license and medical) he said "This passport is invalid". If you'll remember, I had paid a fair amount of money for a rushed passport, and of course I said "What!? This is a brand-new passport!" He chuckled and read "This passport is invalid unless signed by the owner." Then handed me a pen.

Once paying the Moses Lake user fee ($20), we were free to leave. We went to the small cafe in the Moses Lake airport to get some lunch, and it was ok, and we were on our way. 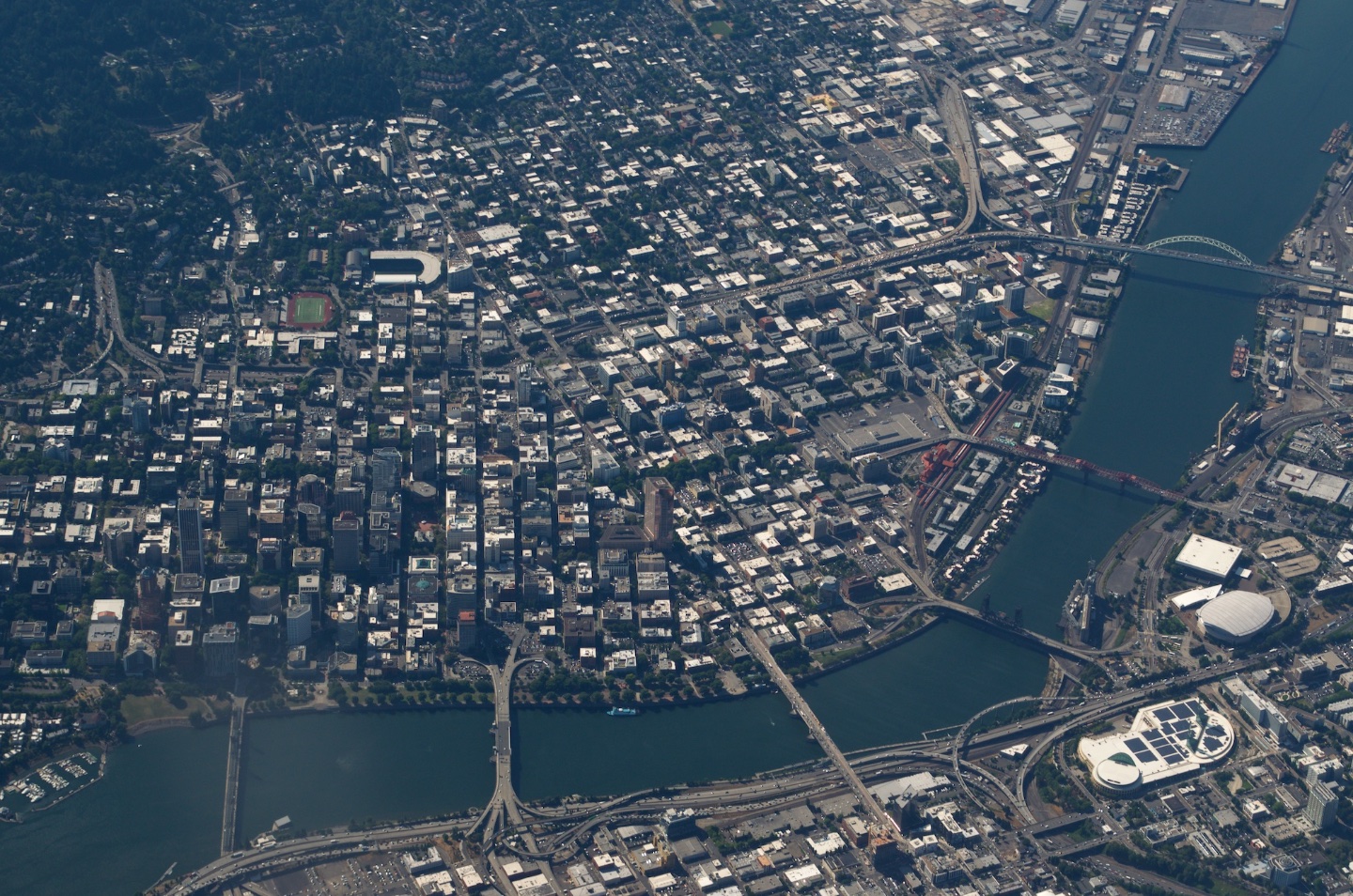 Finally we're on the last leg of our epic adventure. The Moses Lake to Corvallis leg is very similar to another I've completed recently, from Wenatchee to Corvallis. It's a simple route south to the Columbia River Gorge, along the gorge to Portland, then south to Corvallis. 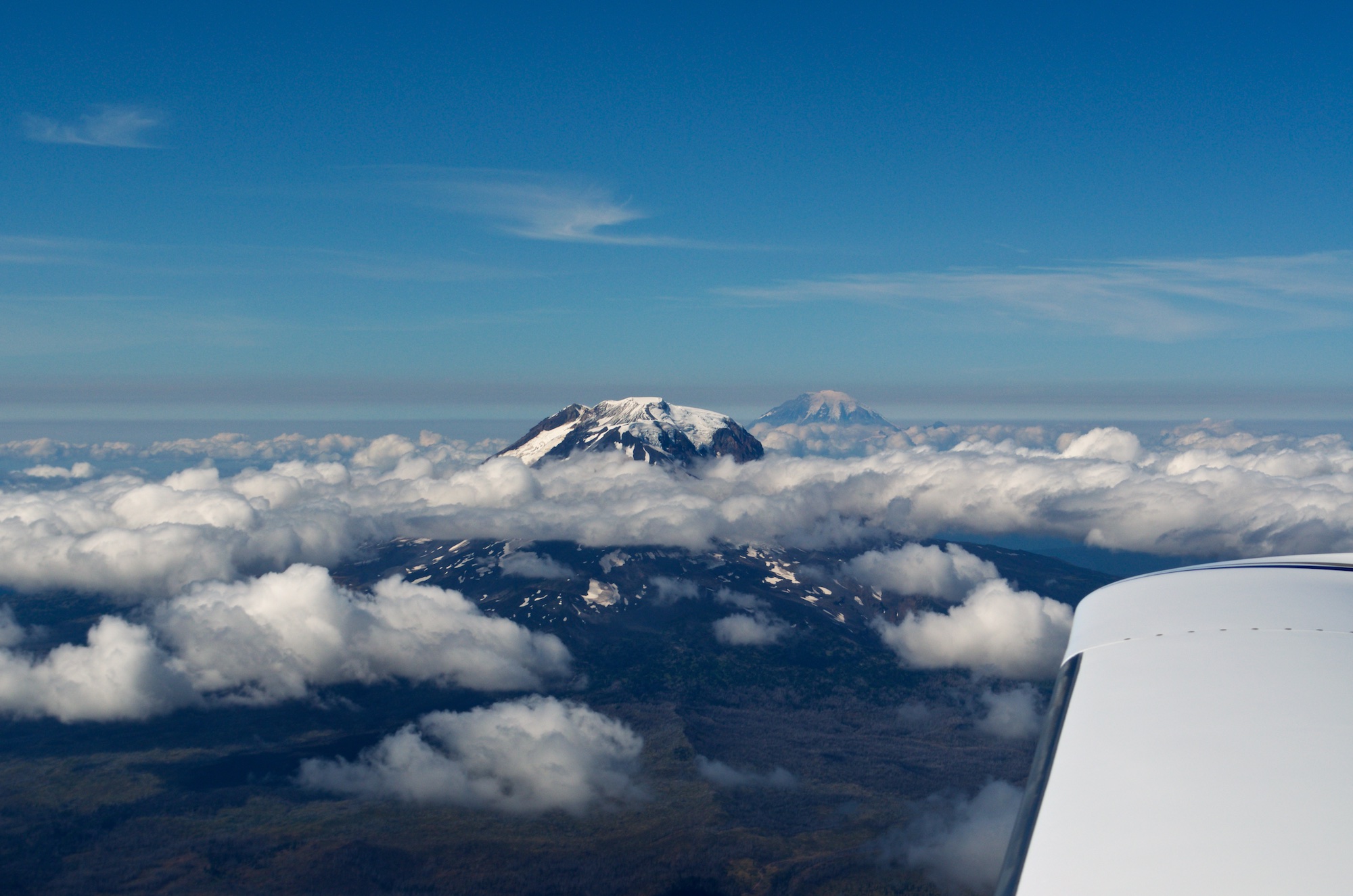 I filed a route that would have put me through Mount Adams (oops), but ATC helpfully offered me the option of deviating or climbing. I asked whether I could proceed direct Corvallis, which would have had me "thread the needle" between Mount Adams and Mount Hood. 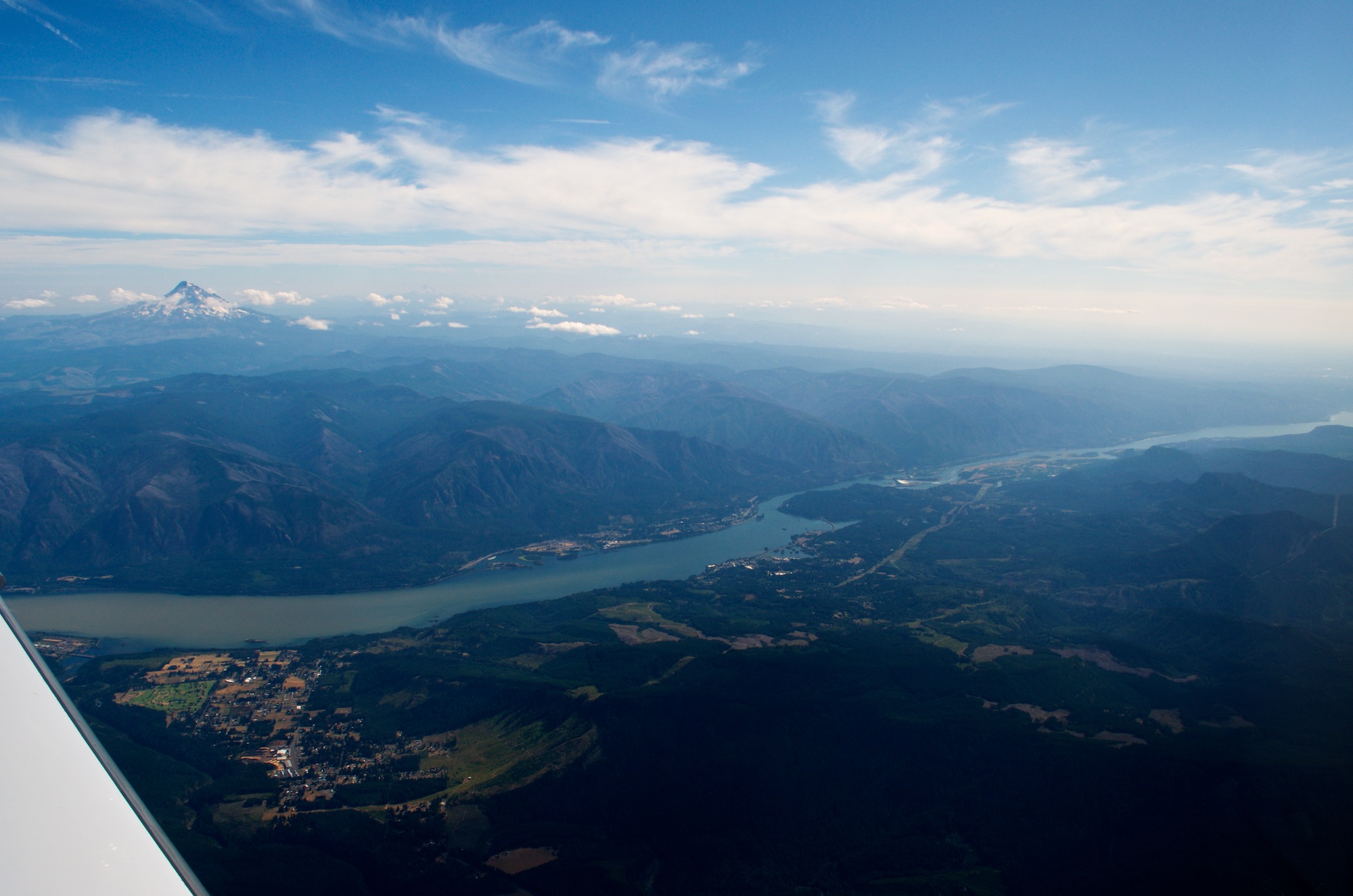 I was surprised that they accepted the offer! and I headed directly home! Unfortunately, the next handoff was to Portland Approach, and they were a hard pass on that whole plan. The reason I was surprised to get it was because that would have put me right in the middle of the westerly flow into Portland International. They cleared me direct BTG (Battleground, WA). 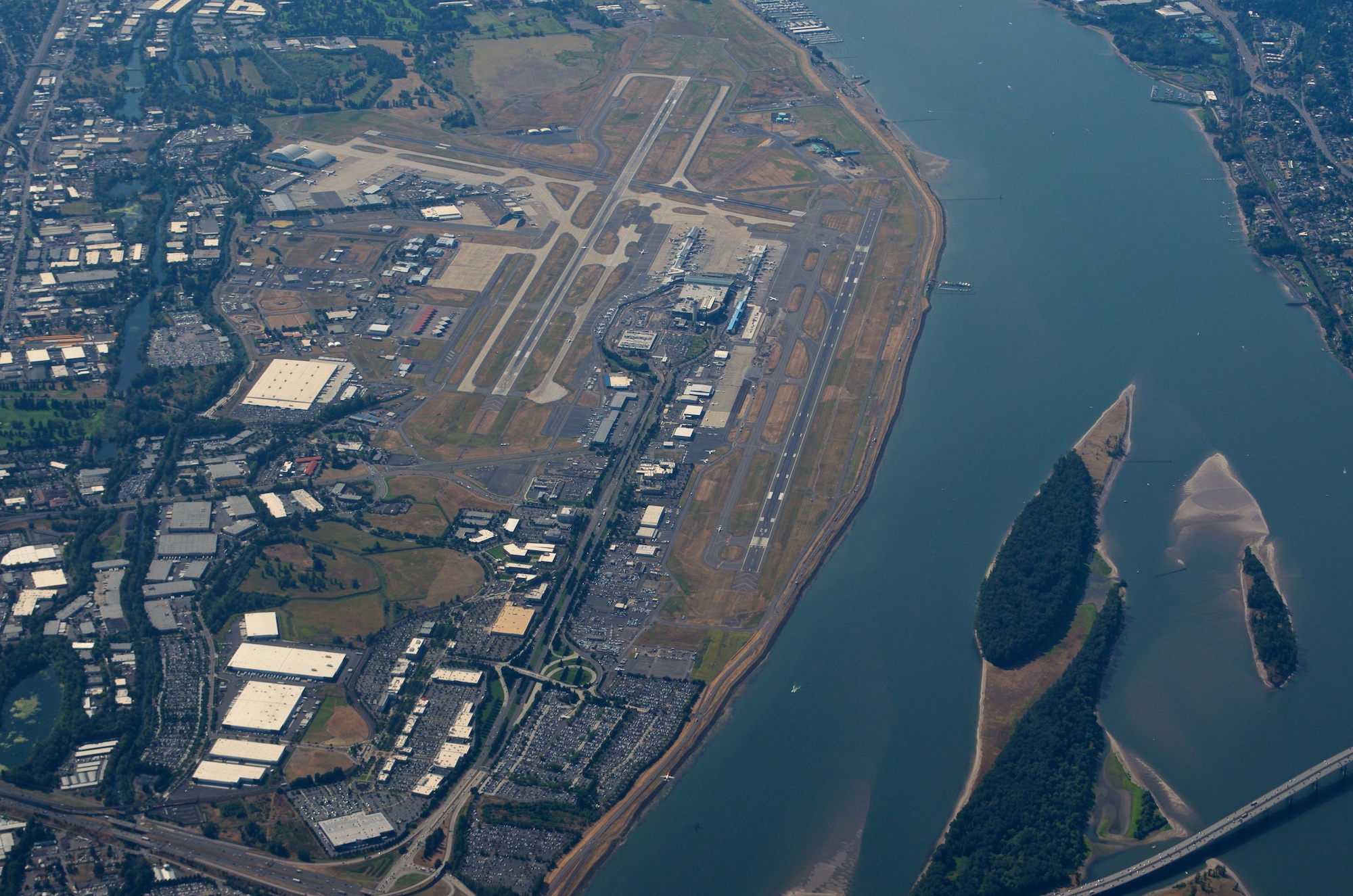 Once I was far enough west that I wasn't in their flow anymore, they did end up clearing me direct CVO, and allowed me to begin my descent. When I got handed off to Cascade Approach (from Seattle), I canceled IFR and began setting up for the downwind on runway 35 at Corvallis. It was great to be home. 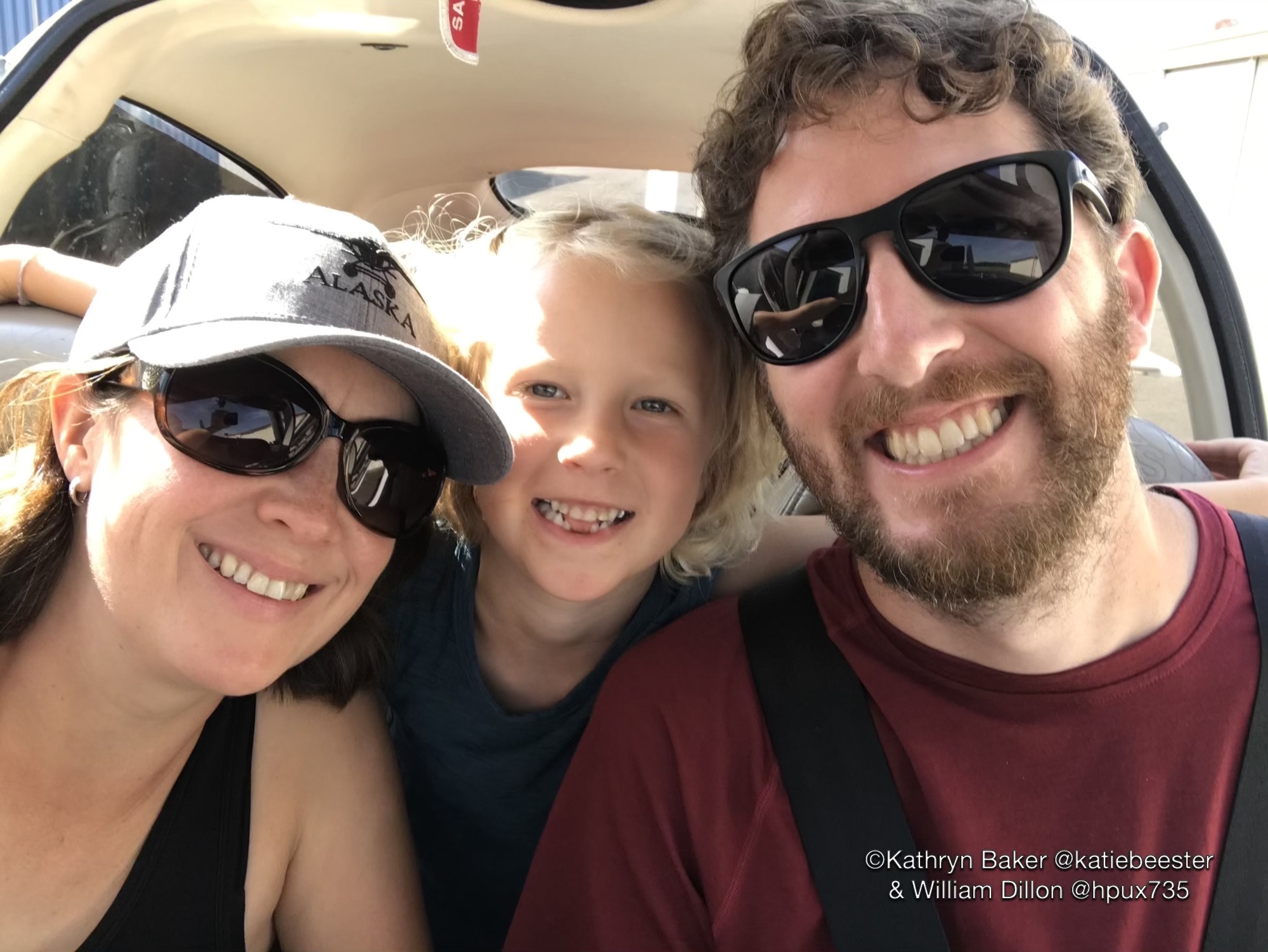 Emma decided to tell the plane "Thanks for the trip, you did a great job keeping us safe." 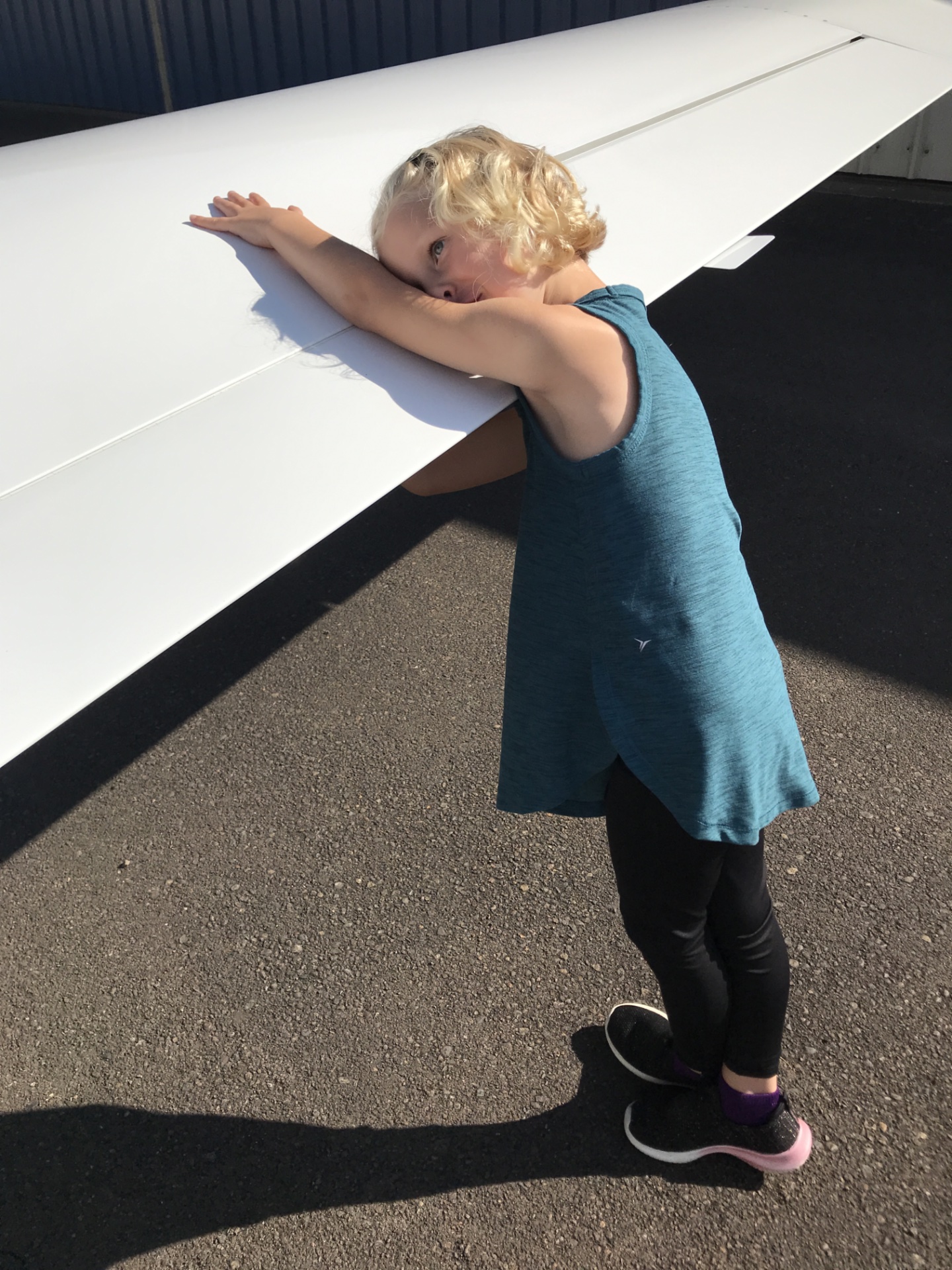