I just finished building a frame for some resurrected LED panels from a decommissioned super computer. The computer was a CM-5 by Thinking Machines. It has been used at the College of Oceanography and Atmospheric Science at Oregon State for a fairly long while. A few weeks ago, its time came, and we surplussed it. I was able to get the light panels and built a frame for them at my house. This post describes a little about the process and includes some trivia about the CM-5and the panels themselves.

The CM-5 in name alone probably doesn't resonate with many people, but hopefully you can recognize it in the background of this photo from JurassicPark: Now, I don't want to slide my glasses up my nose an snort, but the way they're setup in this image is not at all like how would they be setup in real life.The installation engineer that setup ours had to leave half-way through to setup the Jurassic Park set. These are simply the empty chassises with the light panels. The CM-5 was also 3rd in this list of Top Ten Coolest and MostPowerful Supercomputers. The previous link has an image that shows how it would actually be setup. On top of the machine there are huge bundles of wires.

Anyway, I'm not writing this post to discuss the history of the CM-5, at least not that much, so I'll get on with the LED panel build. It's a really simple idea; I laid them out on the floor and measured the dimensions of their perimeter. Using these measurements, I built a simple wooden frame out of 1x2″maple. The width of the panel is considerably less than the width between studs in my wall, so I had to secure it to a single stud on the top and bottom of the frame. Bottom of frame and backside of one module

The location I chose for the frame covered an outlet; This not only made it easier to route the cord (I didn't have to make a cutout), but it also looks much cleaner. Of course, I would need a way to turn it on and off. To do this,I chose an X10 transciever/switch. I covered the antenna with shrink-wrap to avoid shorting anything out. Also, I had to turn the outlet in the wall upside down because the X10 module has the plug coming out on the bottom. The next challenge was securing the power supplies into the frame. The frame was just thick enough to accommodate the supplies, but it left me little room to attach it. There were mounting holes and a small recess in the heat sink, but the holes were far too large to thread to the hardware I was using. I tried to drill and tap new holes for 4-40 hardware. It broke my tap!

Unfortunately, the heat sink is made of some bizarre metal that really doesn't like to be tapped (turns out it's aluminum). It felt very gummy, if that makes any sense. When I tried to unscrew the tap it broke right off. I tried a few different things, including sharpening the other, broken, end of the tap into a new tip. Really none of these things worked. I was practicing on a bad supply, and I decided to just take it apart and see if there was anything elseI could do. When I did, I discovered that they used some strange self-tapping4-40 screws. These screws mostly did the trick. Once the power supplies were mounted, I attached the frame to the wall, and began wiring. Notice, in the image above, that the output ends of both supplies are near each other. This is because I wanted to use the factory wiring harnesses from the CM-5.

Everything on that machine was overbuilt. Each of those supplies can source 30Amps at 5 Volts. Each panel requires in the neighborhood 5-7 Amps, so there is almost 3x over provisioning. Not only are the supplies overbuilt, but the cabling is also a little over-the-top. It's really a testament to the scale of the whole machine. While talking about it to those that used it, I often heard"when something costs $20 million, you expect a certain level of quality." Here I am testing the final wiring for a single LED module. The bottom rows are dark, not because they aren't on, but because they're painted black. When it's installed in the computer, you can't see these rows because they're covered up, so for some reason they just painted them black. If you look close, you can see though the paint a bit at and see the lights.

Here, you can see just how tight the fit of everything in the frame really is.There is barely enough room for the power connectors and cables, let alone the power supplies and X10 module. The modules install simply and cover up all the wiring and electronics. Finally, we're all done!! The whole system looks amazing. One factoid that I find pretty interesting is that the "random and pleasing mode #7″ produces exactly the same "random" pattern on every module! Next on the docket:reverse-engineering them to display messages and designs! Also, make sure to see my gallery of the process of surplussing the computer.

Someone asked about the details of the silkscreen on the LED panel. Hopefully this image clearly displays how it was made. 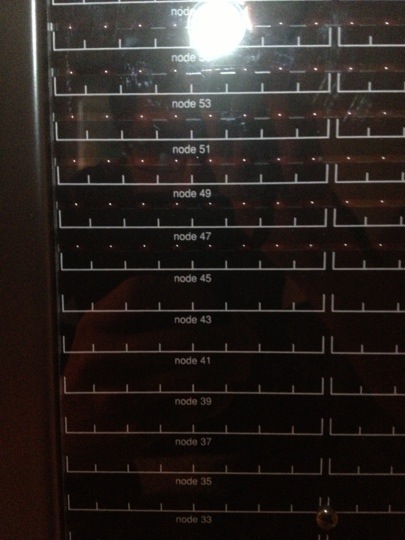 I found some video at work of the CM5 (really, a CM500, but that's another story) being installed. I cut it down a bit, it was about an hour long. I think that it was installed in 1995, but I'm not sure of the date more precisely than that.

At 4:29, you can see the edges of the CPU board. They each have 8 banks of 4LEDs. I took a picture of the edge of the board for those that are curious. 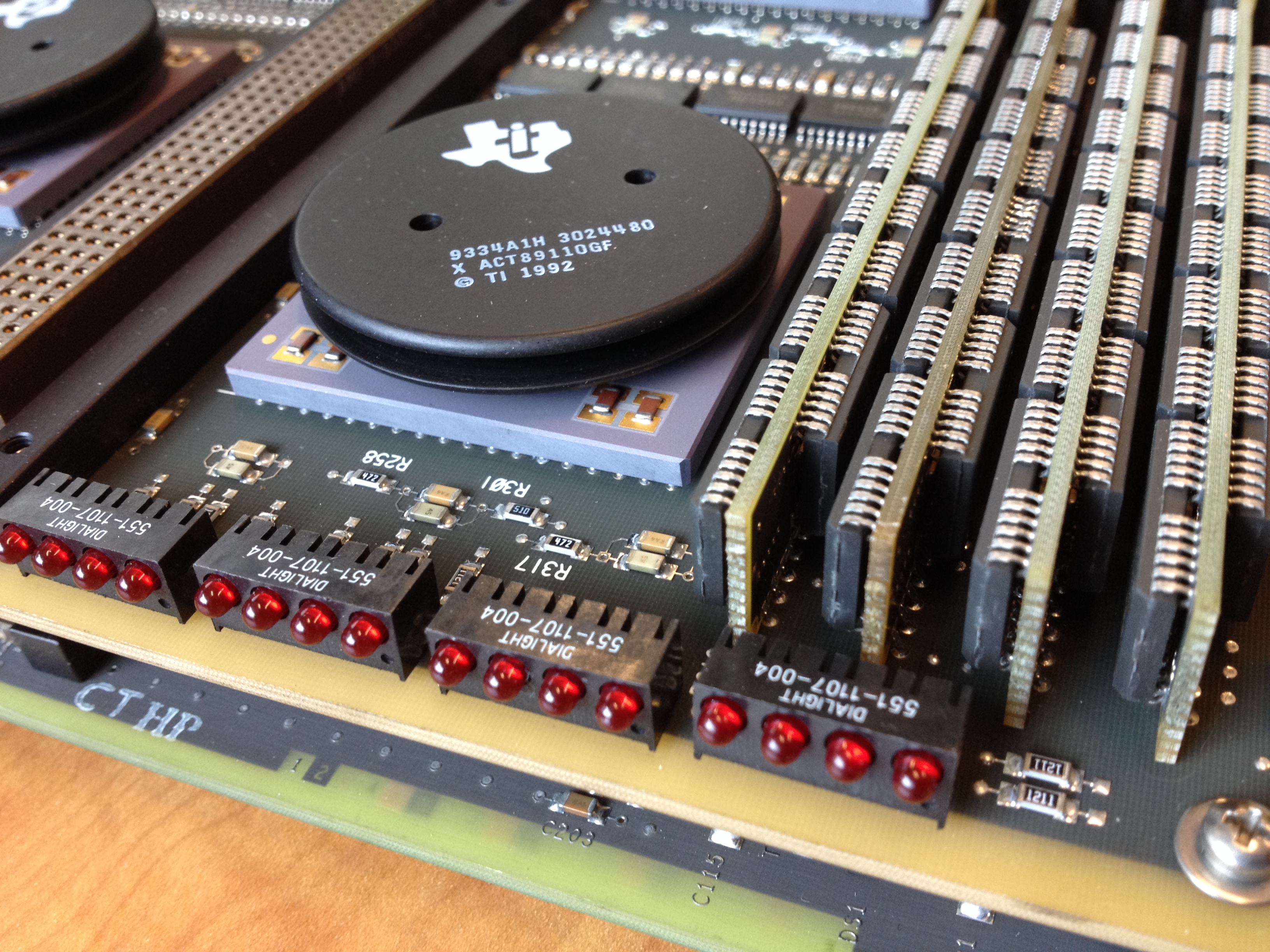 Edge of the CM5 CPU board